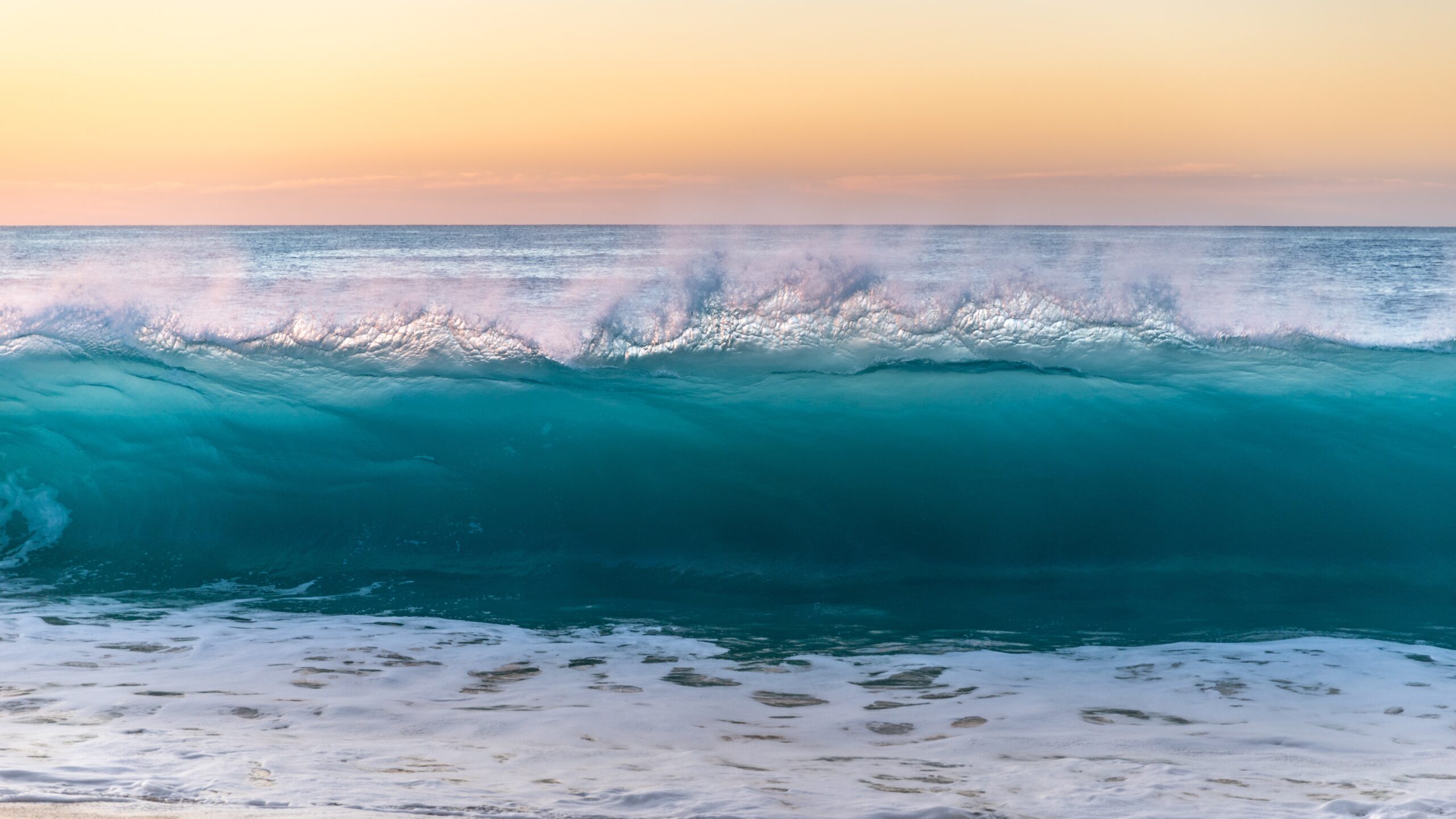 To begin at the beginning, I always wanted to dive, for as long as I can remember. Other children dreamt of flying, being rock stars, some even dreamt of having children, a house, and a white wedding, but I dreamt of the ocean. I was born in Santander, on the Northern Spanish coast, where the sea is wild and untameable and chills your bones but warms your soul with its beauty, so the ocean has always been on my mind. I remember feeling exhilarated when racing the waves that would knock me off my little feet and fill my mouth and nose with salty water. I remember feeling peace just sitting on a cliff looking out at the never-ending horizon and listening to the rhythmic sound of the shore break. I remember feeling mesmerised by all the little critters that lived in that place of limbo between the high tide and low tide, where life is sometimes dry and punishing, and at other times submerges under the surface and hides away from us land-dwellers. So all my dreams were naturally of the sea and of all the creatures that live in it.

Life took me away from the coast, but when I became old enough to start deciding what to do with my own time and make bucket lists of things I needed to do to consider I had lived a good life, scuba diving was top of my list. However, with age come distractions such as studying that took up all of my time, and boys who I found never shared my passions, so my bucket list was hidden away in a folder at the back of my bookcase, all of my dreams collecting dust with the passing time. It was only when I had moved away and started working that I found that list again on one of my visits home, and I saw that very depressingly I hadn’t done a single one of the things on it. So I signed up for samba lessons, I took a trip, and I vowed that I would take a scuba diving course… soon. Because then came the fears. I would say about 9 out of 10 students (if not more) tell me that they are afraid when they start diving. But of course, at the time I thought that everyone else was super brave, I was the only wuss, and diving was this massive, daunting task that I couldn’t see myself ever being bold enough to do. So I kept making excuses and putting it aside.

Of course, life always has a way of pointing you in the right direction of where you need to go, and it finds a way around your excuses. In stepped my Venezuelan friends who organised a trip for a few of us to visit the home country that they always talked so fondly about. The trip was really just an excuse to spend a fun Christmas break on tropical beaches, drinking together from sunrise to sundown, dancing, playing poker, and doing just enough sightseeing to make ourselves look respectable. But one of our stops was the picture-perfect Caribbean islands of Los Roques, where between the bottles of rum, it turned out that a few of my friends were going to do some diving. Again came the excuses, because obviously all my friends were certified, I was not, and you can’t fit a whole dive course into one morning. I was outwardly jealous and secretly incredibly relieved that I wouldn’t have to go through with it. Especially as my friends were going diving on the outside of the reef to try to find sharks, which sounded thrilling but I was convinced it was the last I was going to see of them (I mean, did you watch Jaws?). As I’ve always found in life, when I don’t want to take a step forward, it pushes me in the deep end. Hence, two of my friends decided to do a skill refresher course and a more comfortable dive, one because she hadn’t been diving in a long time, and another because he thought he was a diver, but PADI disagreed. As it turned out I could join them for a discover dive, where you learn the most basic of skills and then are dragged by the hand by an instructor, I had run out of excuses (because clearly admitting I was afraid was never an option for me), so I jumped in, literally and figuratively. We learnt our skills, listened to the instructor’s briefing, and got on the boat- all easy up until that point. Then came my fears screaming in my face and making my heart beat out of my chest.

What exactly was it that I was so afraid of? Embarrassing to admit now, but I was convinced that one of two things would happen when I jumped off that boat. One, I would crack my head open like an egg on the side of the boat when I rolled backwards towards the water, fall back and drown. Why did I think that would happen? This I haven’t seen in films, nor have I ever heard of it happening to anyone, plus I know through experience that the human head is designed to survive a bump, especially from a fall from a seated position. But for whatever reason, I was very much convinced that would happen and could envision it clearly. And two, if by some miracle I survived this feat and managed to keep my brains inside my skull once we reached the water, I absolutely knew my ears would not take the pressure and blow up inside my head. Once more, why on earth I would think that would happen is beyond me, but I was completely convinced this was a very likely scenario.

Again, thanks to the life-saving grace of not wanting to be called a wuss, which is an instinct that has catapulted me forward during most of my life to do things I would otherwise have regretted not doing, staying in the boat was not an option. So I put my gear on, took a deep breath, and rolled backwards into the water. My head did hit something, but much softer and wetter than I anticipated. I had rolled back perfectly without any problem as absolutely anyone in the world can do, and fell straight into the water with all my floaty gear to hold me up in the warm, turquoise waters. And then before I could gather my thoughts and start thinking about the next ordeal ahead, we were already underwater. I wasn’t doing much apart from finning and equalising my ears, as you do on a discover dive, waiting for the moment when they would inevitably blow up inside my head. Still, before I could dwell on the dangers too much, I started seeing magical, colourful groups of coral just a few metres below us. I couldn’t believe how far in front of us we could see in the tropical waters, and how much life there was thriving just a few metres below the surface that we could never have imagined was there from the boat. And of course, I was so gobsmacked by the magic of life underwater, that I didn’t give another thought to my ears during the whole dive (and in case you were wondering- no, they never blew up, and that’s not a thing that actually happens). I was so immediately captivated by everything around us that I thought it couldn’t get any better, but of course, the ocean always rewards divers with magic. A beautiful turtle swam in front of us as if giving me a little preview that it could get so much better, and that there was so much more to see than my limited human mind could comprehend or imagine.

I don’t remember a whole lot more of that dive, just the overwhelming realisation that life was so much better underwater, and that I should spend every minute I could exploring it and seeing all the other wonderful secrets that lurked under the surface. That’s where my love of scuba diving began… as well as my love of rum and reggaeton dancing in island bars- but that’s a story for a completely different type of blog.

I will be eternally grateful for Agnes and Marqués who shared that first underwater experience with me, as well as for all my friends on that trip because I think it’s one of the events that has changed my life the most. And for that chill, Venezuelan turtle that gave me a glimpse of what my life could be like. But most of all, I’m thankful for all the whimsical twists of fate that led to my being born on that wild Atlantic coast that shaped me so profoundly.